You can find on this page the Seattle trains map to print and to download in PDF. The Seattle trains map presents the rail network and railway stations of the trains of Seattle in Washington - USA.
Seattle Center Monorail system is composed of two trains and a fixed guideway as its mentioned in Seattle train map. Each train runs on its own dedicated “rail,” which is composed of 68 y-shaped columns supporting pairs of concrete beams, which span the columns. 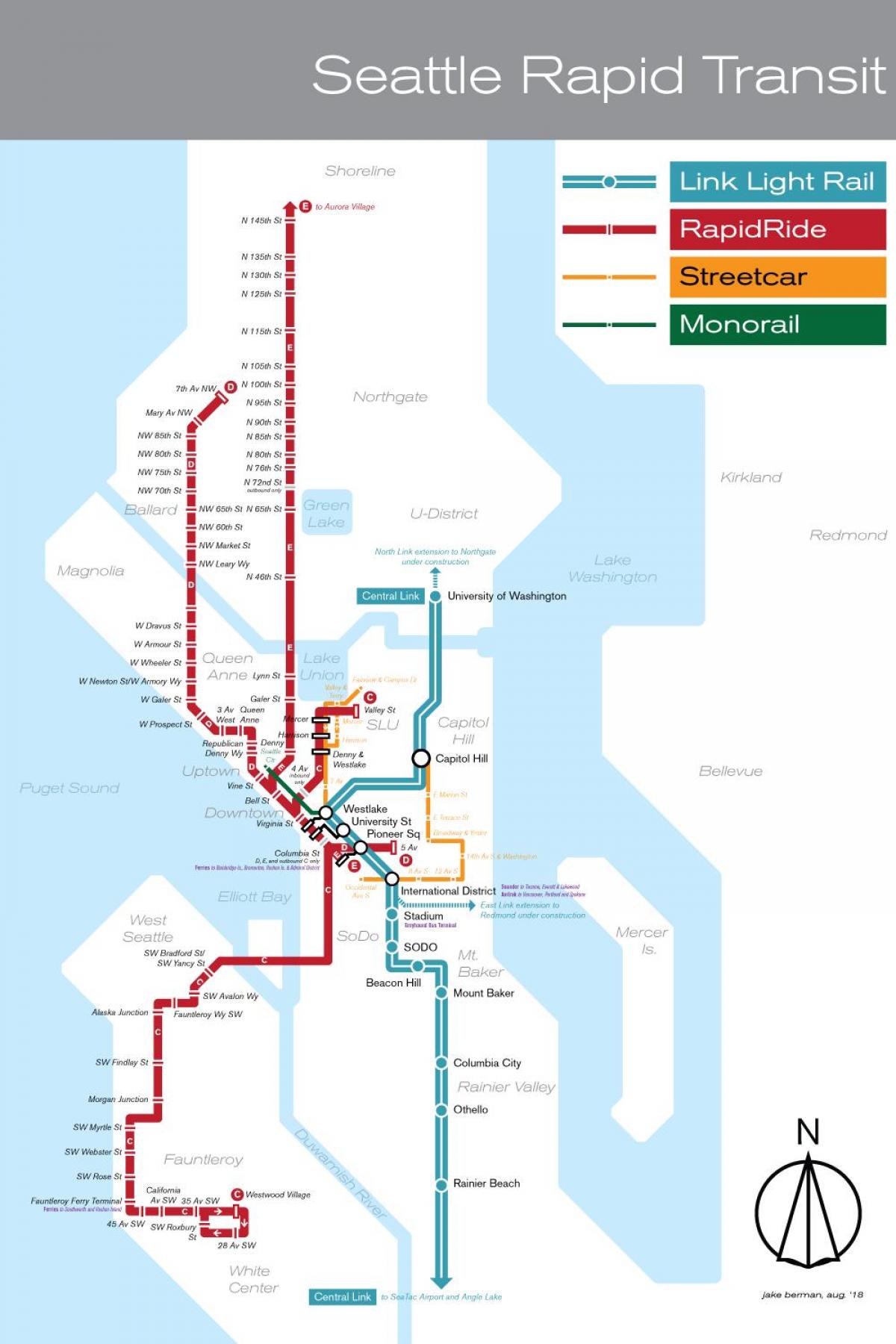 Sound Transit Link Light Rail extends from the city of SeaTac to the University of Washington and is constantly expanding to help passengers experience the Puget Sound Region. With stops in South Seattle neighborhoods, the stadium district, the International District/Chinatown and downtown locations as you can see in Seattle rail map, it is a great option for travelers coming to or from the airport. Although trains have disappeared from the city streets, Seattle has a history of having streetcars and the city first streetcars appeared in 1888. The advent of cars in 1939 gradually ended the city railway service until it was restored by Sound Transit commuter rail and Link light rail. In 2003, the Tacoma Link light rail was completed and construction work started on the Central Link. The Central Link opened to public on 18 July 2009. The Central Link serves the Beacon Hill and Rainier Valley neighbourhoods and Seattle SODO industrial area.

Transcontinental rail service is provided by the Union Pacific and Burlington Northern railroads, which operate three inter-modal shipyards in Seattle. A transit plan, when implemented, will integrate public transportation in the metropolitan area using light rail and commuter rail service. At the top of the mayor's economic development agenda were transportation issues, including replacement of the Alaskan Way Viaduct, the expansion of the Seattle mono-rail, and the improvement of Sound Transit light rail line as its shown in Seattle rail map.